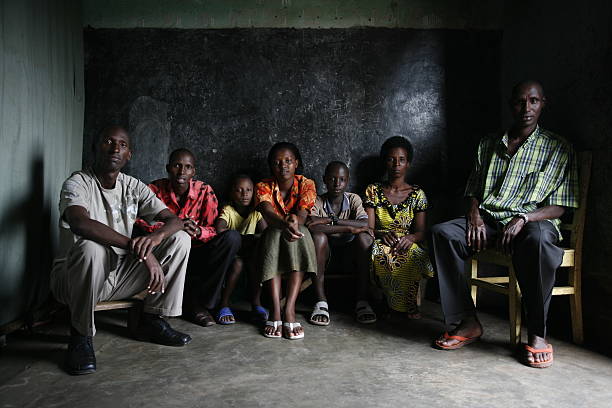 On August 13th, 2004, 166 people were massacred, and around a hundred injured, at a UN refugee camp near Gatumba, Burundi. Most of the victims were members of the Banyamulenge community - a Congolese Tutsi ethnic group - fleeing outbreaks of violence in the Democratic Republic of Congo (DRC). Banyamulenge refugees were deliberately targeted by the Forces Nationales de Libération (FNL), a Hutu supremacist rebel group fighting in Burundi’s civil war. During the massacre, hundreds of FNL fighters beat drums and sang Christian hymns as they shot, stabbed, and burned refugees. The next day, an FNL spokesman claimed responsibility for the attack.

Despite investigations by the UN and Human Rights Watch confirming the involvement of the FNL and its then-leader Agathon Rwasa, the justice system stalled for political reasons. Most survivors of Gatumba have resettled from Burundi as refugees in the US, UK, Rwanda, Kenya, and other countries.

The purpose of this archive is to preserve witnesses to this massacre and evident its lifelong impact on survivors, as well as documenting the lives of this refugee group. This collection has been assembled with the support of the Gatumba Refugee Survivors Foundation (GRSF) and the survivors willing to share their experiences and network for the project. Of special support has been GRSF Chair Esperance Nasezerano.

This qualitative research has been approved by Clark University’s Institutional Review Board as protocol 243.

Our Background series contains a carefully curated list of various resources regarding the Gatumba Massacre as well as a background essay written by Christopher Davey and company. We urge you to explore this list if you are interested in learning more.