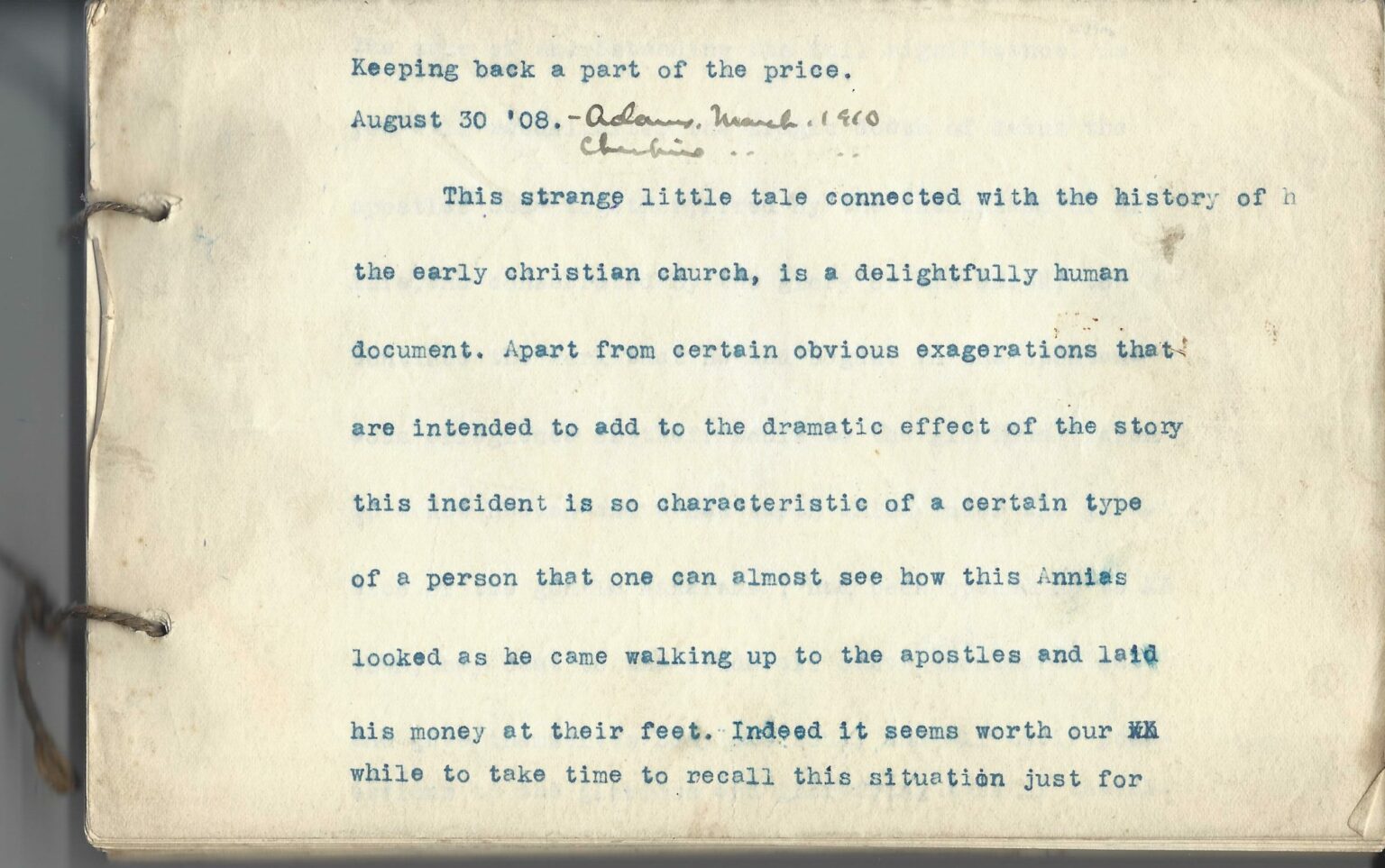 Liberty and Responsibilty in Religion

In some cases, Earl Davis bound together manuscripts in bundles. This manuscript is part of one such bundle of seven, held together by four brass fasteners. Six of the seven can be dated to 1918.

This is another in a series of reflections regarding the meaning of World War I and the change it will prompt. Davis regards Christianity as a way of living while alive, not as a counsel to count on the second coming. He states that though we have given up the idea of a "ready-made Heaven" coming down to earth from above, this false idea has been substituted by an equally false alternative, that of a ready-made Heaven emerging up from "economic laws, unaided, unguided, unfed, and not paid for in effort and sacrifice." Davis urges for an understanding and harnessing of social and economic laws for the good of humanity. He states that "what we need, and what we must have, is straight, solid, unbiased thinking, corrected, supplemented and balanced by the wisdom of the ages, and the wisdom of the present."

Date refers to Date Given and The primary downloadable document contains the original document followed by the transcription.

The bottom of each item page also features the primary document as an embedded pdf for browsing.