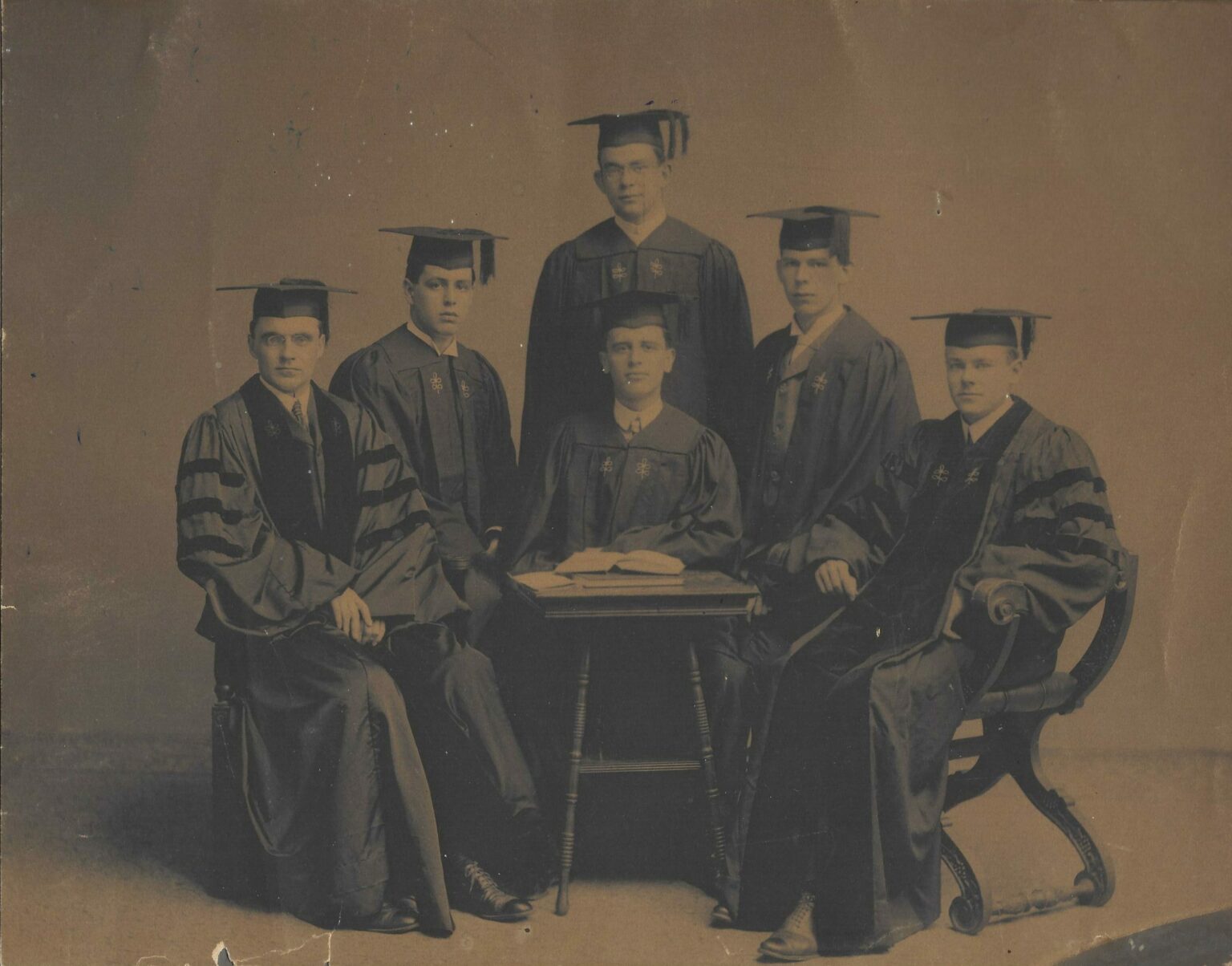 After serving in his position as Principal of the Howe School in Billerica for five years, 1897-1902, Earl Davis enrolled in the Harvard Divinity School. It is possible that he was encouraged in this direction through his friendship with Minot Simonds, pastor of the Billerica Unitarian Church.

While a student at Harvard, Davis preached many Sundays in various churches in the “greater Boston metropolitan area,” but also further afield. Several of his sermons are gathered here.

He also immersed himself in his studies, going deep into church history, including the New England history of the origins of 19th Century liberal religion out of the strict congregational Calvinism that the Puritans brought to the new world.

William Wallace Fenn (1862-1932), installed as the Bussey Professor of Systematic Theology at Harvard in 1901, and an expert on the history of religion in New England, became one of Davis’ teachers and lifelong friends. Prior to joining the Harvard faculty, Fenn had been the inaugural minister at the Pittsfield Unity Church–from 1887 to 1890–where Earl Davis took up his first ministry in 1905. Fenn served as the Dean of the Divinity School from 1906 until 1922. On March 9, 1924, Fenn preached the service of installation at the beginning of Earl Davis’ ministry of the Concord, New Hampshire Unitarian Church.